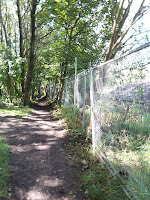 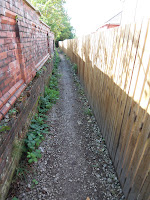 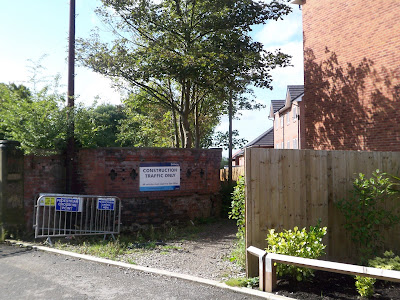 I commented a while back that the starting point of the cycle way known as Fallowfield Loop had been lost as it had been built on. Well it has, but they have set up a temporary arrangement round the building site. It took me two visits and lots of persistence to find it.
It's off the Manchester Road (A635), then Booth Road by Fairfield Station. Ignore the warning sign saying 'Construction Traffic only' as this is the start of the Fallowfield Loop. It's only just passable a little further on, as the track falls away into mud, but it can be done. Further along it's tarmaced and is fine to cycle along.
It goes from Fairfield station to Chorlton, with a large Sainsbury's part way along.

Maps and the full route are here.
Posted by Calvers at 12:31