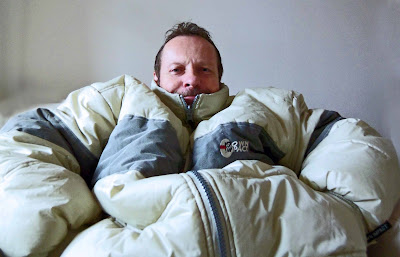 Definitely getting a little wintery! But I’m snug in this duvet - I mean coat.
Posted by Calvers at 18:15 2 comments: 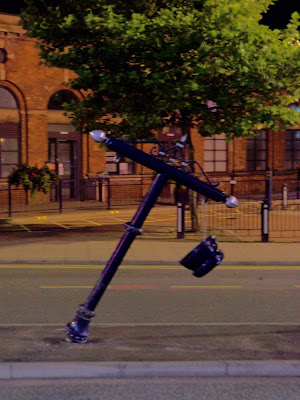 What happened here! Looks like someone swiped this bit of street furniture with a stray car, it should be upright. There are a line of these plant holders down the centre of Wellington Road. Seen here.
Posted by Calvers at 14:48 No comments: 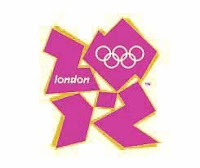 Well, I’ve thought long and hard.
I’ve given it a chance, and I wanted to like it, but this Olympic logo is a joke.
It’s total rubbish. A five year old with crayon could have done better.
It’s simply an embarrassment that we are showing off to the world.
The committee that chose this should hang their heads in shame
Posted by Calvers at 20:02 3 comments: 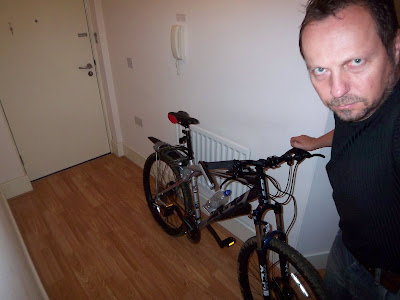 For no good reason, here is a surprisingly scary pic of me in my apartment with my current bike.
A mountain bike, with fat tyres, as I'm sick of getting punctures.
Posted by Calvers at 17:25 2 comments: 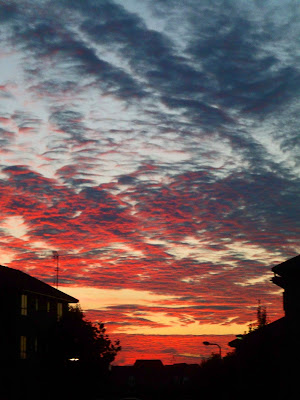 Weekend away at Coventry for the Stock Car World final. Excellent racing, and my guy won, Andy Smith, so I was happy. Some pictures here are of current BriSCA F1 stock cars and some are of the Heritage (old) stock cars. 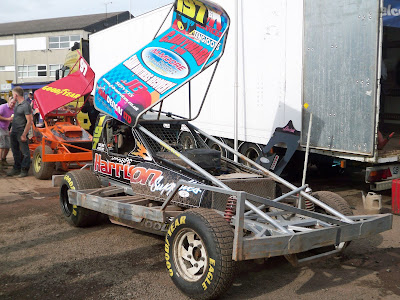 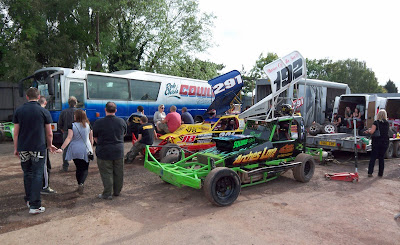 These are the Heritage Stock Cars, and they were powered by whatever was the biggest engine in the scrap yard that week! 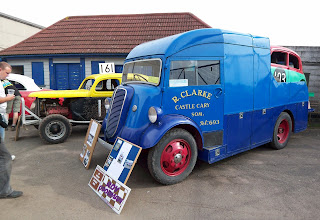 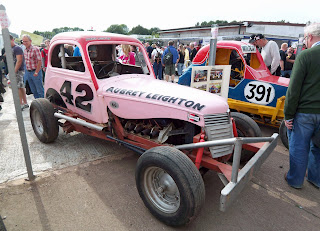 Notice this one has six wheels! It was actually banned from stock car racing when it first appeared on track over three decades ago, but still runs out in the Heritage event. Actually it won it’s race. 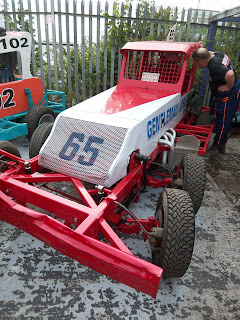 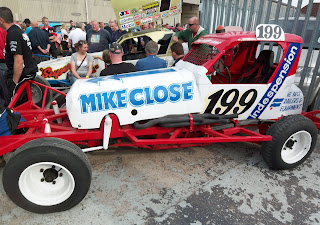 Incase you think you might have seen one or two of these old cars recently, well you have. Some of them featured on the recent Audi advert. 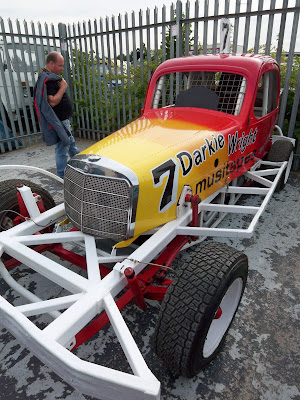 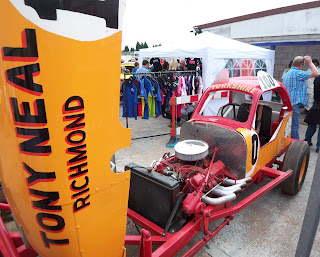 Back to today’s cars. Here’s the rolling lap before they set off next time round. All further photos after this were a blurred mess and ended up on the cutting room floor! 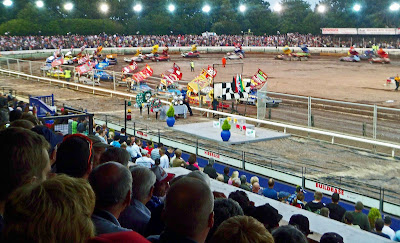