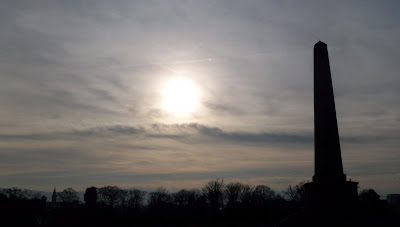 I have some clever software to alter pictures. But no matter what I did to this one I couldn’t improve it. I wanted more colour, but it just looked wrong, so here it is, in the raw.
Oh, it’s a picture taken in Phoenix park in Dublin, showing the monument dedicated to the Duke of Wellington, an Irishman, and twice the British prime minister. (I though he was English, but no). Phoenix park is the biggest city centre park in the world. Even bigger than Central Park, New York. Well, the tourist bus said so.